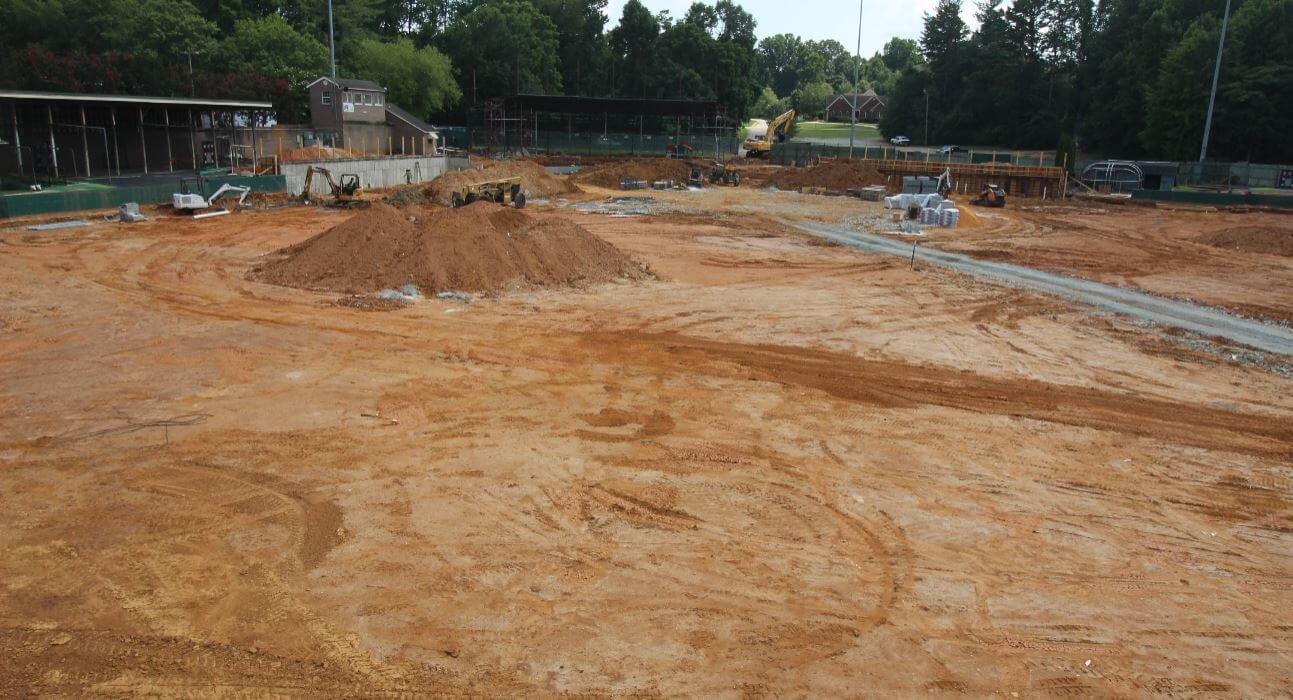 SALISBURY – Catawba College began Phase I of its Newman Park Renovations in June 2021. New synthetic turf will be laid with enhanced field drainage and new field-level dugouts. You can watch the progress of the renovations on our time-lapse camera which takes a still photo every ten minutes.

During preparation to install the new turf and replace the dugouts, Catawba’s general contractor and structural engineer discovered the metal grandstand supports and roof, erected in 1934, require complete replacement.

“The safety of our players and fans is always our primary concern,” stated Catawba College President David Nelson. “We understand this news will be disappointing to many people who have special memories of Newman Park, however, Catawba’s contractors determined this is the prudent course of action to ensure the best environment for spectators and players.”

“The ballpark is the third oldest in the state,” added Jim Gantt, head baseball coach at Catawba. “While it would have been ideal to keep the original grandstands, that is no longer an option. Our goal is to build a stronger baseball community and we will do that.”

Plans are in the works for temporary stands. A new grandstand will be included in the next phase of the Newman Park Renovations when funding has been identified.  More than $3.3 million has been raised to date.

According to Meg Dees, vice president of development at Catawba, the College needs to raise approximately $12 million for the baseball park. Other improvements to the park will include new bull pens, locker rooms, batting cages, backstop and netting configuration, bleachers, picnic deck, press box, stadium graphics and painting.

Founded in 1926, Newman Park has been home to thousands of pro, college, American Legion, and high school games. Catawba has posted an 834-405 record at home. In 2015, Catawba was part of the National Finals, finishing as national runner-up, equaling the school record with 47 wins. In 2019, Catawba claimed a regional title and advanced to the national finals, again matching the school record with 47 wins. Forty-eight former Catawba baseball team members have gone on to play professionally, including five who are currently playing pro baseball. Rowan County’s successful American Legion program was host to the 2002 North Carolina State Tournament at Newman Park. The team is competitive on the state and national levels, including a state championship in 2002 and several World Series appearances. The team was a national runner-up in 2016.