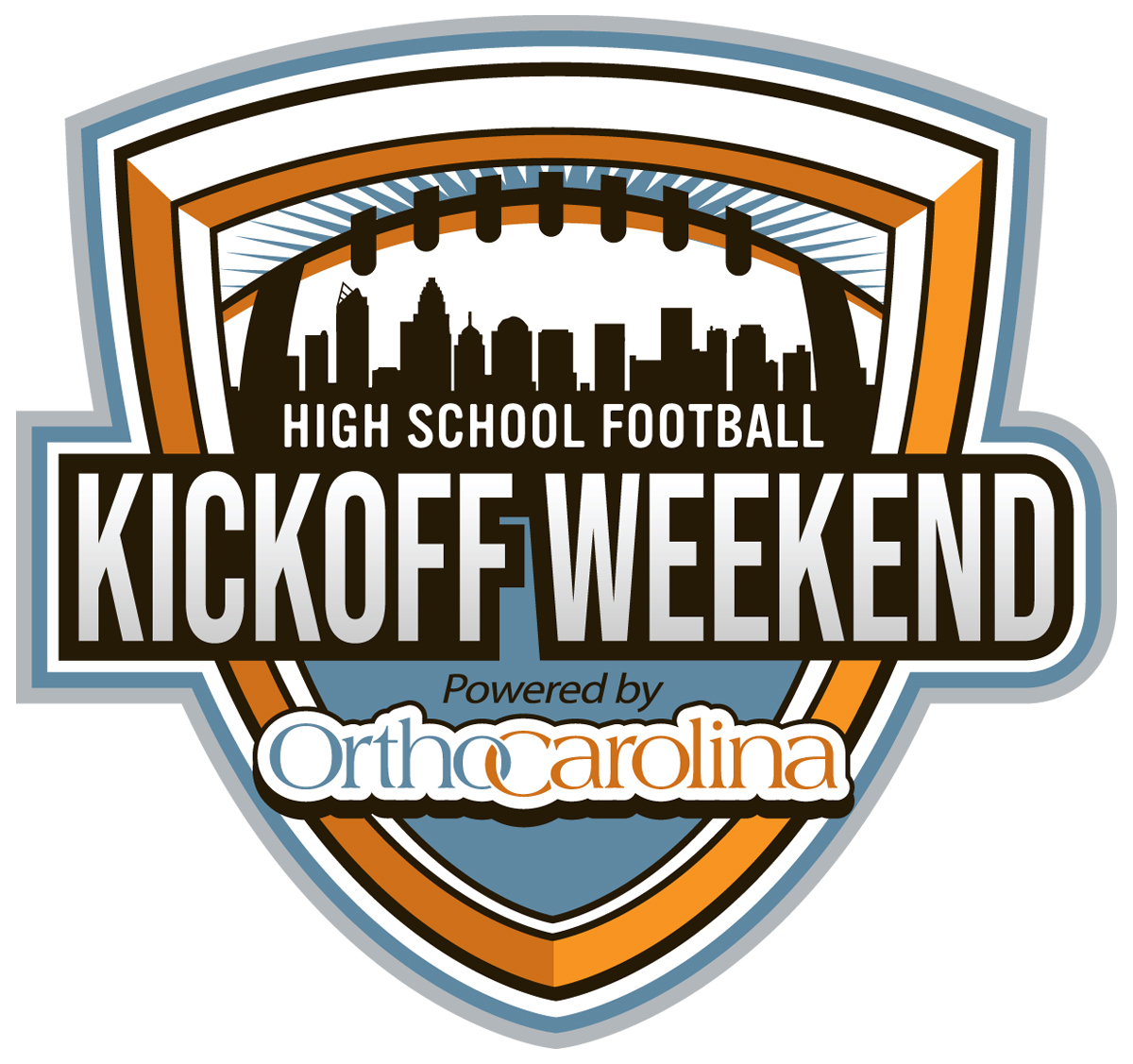 The new Charlotte Kickoff Weekend powered by OrthoCarolina will consist of three premiere matchups played within 48 hours at the Mecklenburg County Sportsplex at Matthews. The games will feature six powerhouse programs, including three state champions from 2019, that finished last season with a combined record of 76-6-2. The matchups will include five of the top 61 recruits in the state and three players ranked nationally in the ESPN 300 current rankings for the class of 2021.

“OrthoCarolina is committed to supporting high school athletics throughout North and South Carolina. While we certainly understand the tenor throughout the country these days, we look forward to this new Kickoff Weekend format,” said Blair Primis, Senior Vice President of Marketing & Talent Management for OrthoCarolina. “Our collaboration with our friends in the high school space is very important to us, and we value our partnerships in Matthews and Charlotte. We strive to help power meaningful opportunities like this throughout the whole community.”

Wednesday’s game will kick off at 7 p.m. in a contest that will feature two of the Queen City’s powerhouse programs that both finished the 2019 campaign ranked in the top five in North Carolina. The Myers Park Mustangs and the Mallard Creek Mavericks are both loaded with Division I talent. Mallard Creek will take the field for the first time under their new head coach, Kennedy Tinsley, while Myers Park will start the 2020 season with their venerable leader, Scott Chadwick.

A doubleheader will be on tap on Saturday, August 22. The first game, kicking at 5 p.m., will feature the ultimate border war of big school defending state champions. The Dutch Fork Silver Foxes, the reigning four-time SCHSL 5A champion, are coached by Charlotte native, Tom Knotts. The Vance Cougars fought through a brutal playoff slate to win the school’s first ever NCHSAA 4AA State Championship last year. This will be head coach Glenwood Ferebee’s second year at the helm.

Game two will kick at approximately 8 p.m. and will feature two local cross-county rivals, the Ardrey Kell Knights and the Weddington Warriors. The Knights, under the guidance of second-year coach Greg Jachym, won the SoMeck 7 Conference title last year and finished with one of their best seasons in school history. The Warriors, the 2018 and 2019 NCHSAA 3AA champions, look to 3 peat and will feature one of the top running back recruits in the country. Weddington hasn’t lost a game since September 28, 2018.

“We started this event in Charlotte in 2014 and have had great match-ups over the years, but this is by far the strongest slate of teams we’ve ever assembled. Our team is proceeding with planning and operations, anticipating kicking off the season by showcasing some of the very best programs and student-athletes in the Carolinas in one venue over the opening weekend,” said James Companion of TPG, with great enthusiasm. “We are forever grateful to OrthoCarolina for making this special experience possible for the participating student-athletes, bands, cheerleaders, schools and their communities.”

A portion of the proceeds from the event will benefit the participating teams and Charlotte-Mecklenburg Schools Middle School Athletics.

Tickets can be purchased now online for $10 per event (the doubleheader on Saturday requires only one purchased ticket per fan). More information on these two events can be found online at www.CLTKickoffWeekend.com