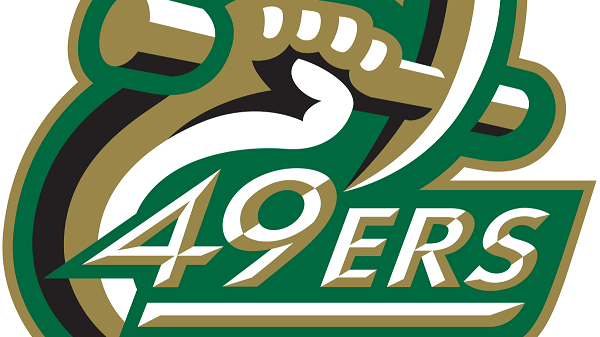 WILL HEALY ERA BEGINS
First-year head coach Will Healy, who preaches energy, enthusiasm, passion and positivity, begins his tenure with the 49ers. The 2017 Eddie Robinson Award Winner as the FCS National Coach of the Year, Healy opens practices to fans, encourages celebrations and is steadfast in his desire to engage the community.

DUNK CAN; W.A.R. CHANT
Be on the lookout for the defensive Dunk Can should the 49ers create a turnover. And on third down, the W.A.R. (We Are Relentless) Chant will rise from the sidelines.

WE ARE ALL NINERS
The university, which felt the embrace of the City of Charlotte, during the #CharlotteStrong movement, last spring, is expressing its gratitude for the outpouring of support with its “We Are All Niners” campaign.  The 49ers are wearing “We Are All Niners” decals on their helmets.

LIGHT UP THE NIGHT
Uptown Charlotte was lit up in 49er Green, Wednesday night on the eve of the 49ers season-opener. Several uptown buildings and the fountains at Romare Beardenand First Ward Parks turned green as Charlotte showed its support for the university.
“This game has a special significance for all us,” said Michael Smith, President of Charlotte Center City Partners. “Center City is proud to be a part of kick off. We are proud to be part of Niner Nation as a new academic year begins at UNC Charlotte.”

C-USA 25TH ANNIVERSARY
Conference USA is celebrating its 25th anniversary. Charlotte is a charter member of the league and the 49ers returned to C-USA in 2013. In all, Charlotte has spent 16  years in Conference USA. Charlotte’s young football program is in its fifth year in the league.

GOLD STARS
Three 49ers were named preseason all-Conference USA, including K Jonathan Cruz, who was named the league’s preseason Special Teams Player of the Year. RB Benny LeMay was listed as one of the nation’s top 25 rushers by the Sporting News. DE Alex Highsmith is named first team all-league by each publication after a breakout junior season.