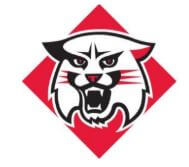 NEWPORT NEWS, Va. – Recent Davidson graduate Caroline Yarbrough was named the Atlantic 10’s nominee for the NCAA Woman of the Year, announced by the league Monday.

Yarbrough received her degree in art history in May, officially capping a dominant four-year career at Davidson both on the trails and track and in the classroom. She was chosen from a pool of 12 nominees from seven different A-10 institutions.

“I am deeply honored and grateful to receive the Atlantic 10’s nomination for the 2019 NCAA Woman of the Year Award,” said Yarbrough. “I am thankful for the opportunity to represent Davidson and the A-10 in this award competition. I feel very fortunate to have competed in the A-10 and NCAA as a student-athlete and am profoundly thankful for this recognition!”

The Greensboro, N.C., native finished her career a 16-time A-10 All-Conference performer, four-time league champion and earned a total of 123 points in championship meets over her tenure.

Yarbrough went out on top, winning the A-10 10k crown and earned her second consecutive trip to the NCAA East Regional. Her qualifying 10k time of 34:27.15 ranks second in program history, while her outdoor 5,000m mark of 16:20.70 set the 2018 Raleigh Relays remains the standard to beat.

“I feel very fortunate to have coach Caroline in the Atlantic 10 and am profoundly thankful for that opportunity,” said director of women’s track & field/cross country Jen Straub. “Caroline earned this nomination in every way and I am very humbled and proud of her accolades. She exemplifies the type of scholar-athlete that Davidson strives to embody.”

As good as Yarbrough was on the trails, she was equally as dominant in the classroom. A member of the Phi Beta Kappa, Phi Alpha Theta and Omicron Delta Kappa National Honor Societies, Yarbrough also earned a Lester Scholarship from Cambridge University.