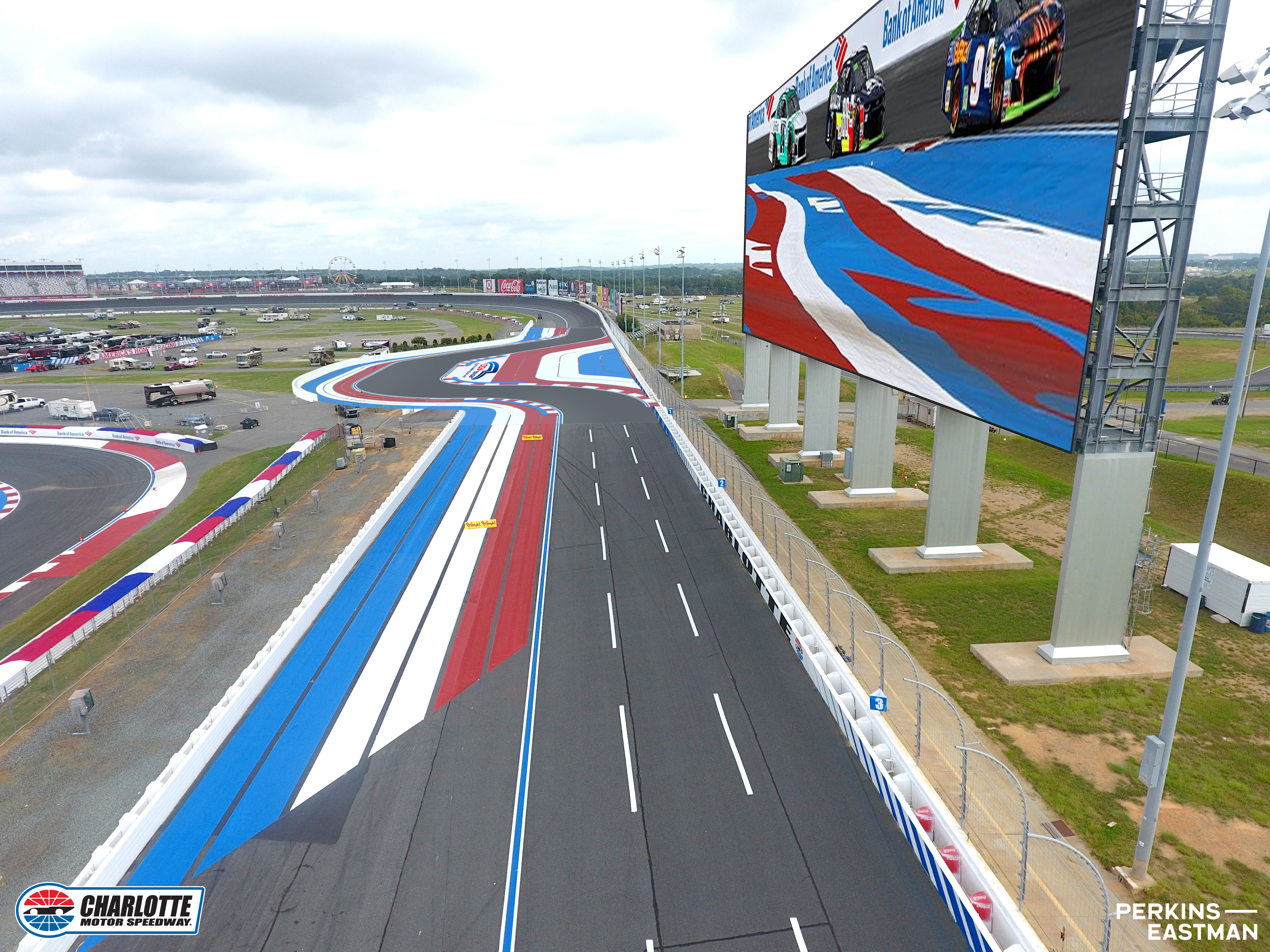 An expanded configuration of the challenging chicane will create additional passing opportunities and more side-by-side action – increasing the drama and raising the stakes throughout all 17 turns of the revolutionary course that will conclude the first round of the Monster Energy NASCAR Cup Series playoffs. The chicane’s original layout was 32 feet wide at its widest point, while the new version will be 54 feet at its widest point and will feature additional runoff areas which were unavailable in its first iteration.

Speedway operations staff, who execute the oval-to-ROVAL™ switch, moved back parts of the inside wall near oval Turn 3 to accommodate more on-track space for the updated chicane.

“The Bank of America ROVAL™ 400 is all about excitement and creating memorable moments for our fans,” said Marcus Smith, the president and CEO of Speedway Motorsports, Inc. “Having our backstretch chicane upgraded will give drivers an additional opportunity to go for a season-making or season-breaking pass like we saw on the frontstretch chicane last year. Every turn matters on the ROVAL™.”

The new turns will require heavier braking and a sharper entry, but a wider radius promises to provide drivers with the ideal mix of risk-taking opportunities and a slightly increased margin for error on exit – if the driver’s entry is correct. The track distance and turn count will not be affected by the new layout, which featured input from NASCAR drivers Kyle Larson, Ryan Blaney and Justin Allgaier, as well as former Formula 1 racers Alex Wurz and Max Papis.

“My hat’s off to Marcus and the team at Charlotte Motor Speedway for talking with drivers and industry experts as they work to further improve the ROVAL™,” Larson said. “The changes to the backstretch look like they will help create an additional passing zone and make it that much more exciting for the fans. After last year’s wild finish, I’ll take every possible opportunity to gain track position and earn some points.”

Construction on the chicane began this week and is expected to conclude in early August.

In addition to the restructured backstretch chicane, speedway officials also announced an increase in race distance for the Sept. 28 NASCAR Xfinity Series race. The 200-kilometer, 55-lap event will become the 250-kilometer, 67-lap Drive for the Cure 250 presented by Blue Cross Blue Shield of North Carolina.

TICKETS:
Bank of America ROVAL™ 400 tickets, weekend passes and upgrades can be purchased by calling 800-455-FANS or visiting online at www.charlottemotorspeedway.com/tickets.