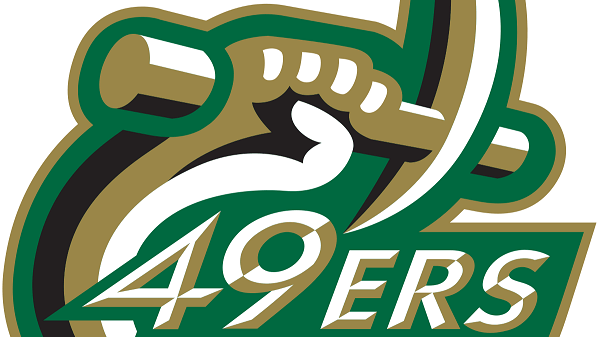 Opening of the Will Healy Era
In Will Healy’s first game as head coach of the Charlotte 49ers:
Charlotte scored, appropriately, 49 points
The 49ers first touchdown came on 4th and goal as Benny LeMay dove in from one-yard out.
Charlotte scored its most points in the FBS era
Charlotte put up over 500 yards of total offense (508).
Charlotte scored touchdowns on the ground (4), in the air (2) and on special teams (1).

Charlotte welcomed a sell-out crowd of 16,119 that included a student attendance of over 5,000.

R-Sr. Benny LeMay rushed for 2 touchdowns, giving him 15 rushing TDs and 17 overall TDs in his career

The 322 rushing yards rank 12th in the NCAA after the first week of play.

R-Sr. DE Alex Highsmith led the 49ers with 7 tackles and added those 2.0 sacks and 2 QB hurries

The 60 passing yards allowed are the fourth fewest in the NCAA in Week One.

K Jonathan Cruz made all seven PATs and has made 34 straight PATs, dating back to last year (overall record is 46 straight, by Blake Brewer)

Charlotte is 6-1 all-time in its first home game of the season, outscoring opponents 303-104 in those seven games. Charlotte has scored 30 or more points in each of its home openers.